Connecting cyclists around the world

How can cyclists find other cyclists to ride with, organise new rides, find routes and make new friends?

With tens of thousands of new members since launching in the summer of 2022, Link My Ride is solving exactly that problem for cyclists around the world. 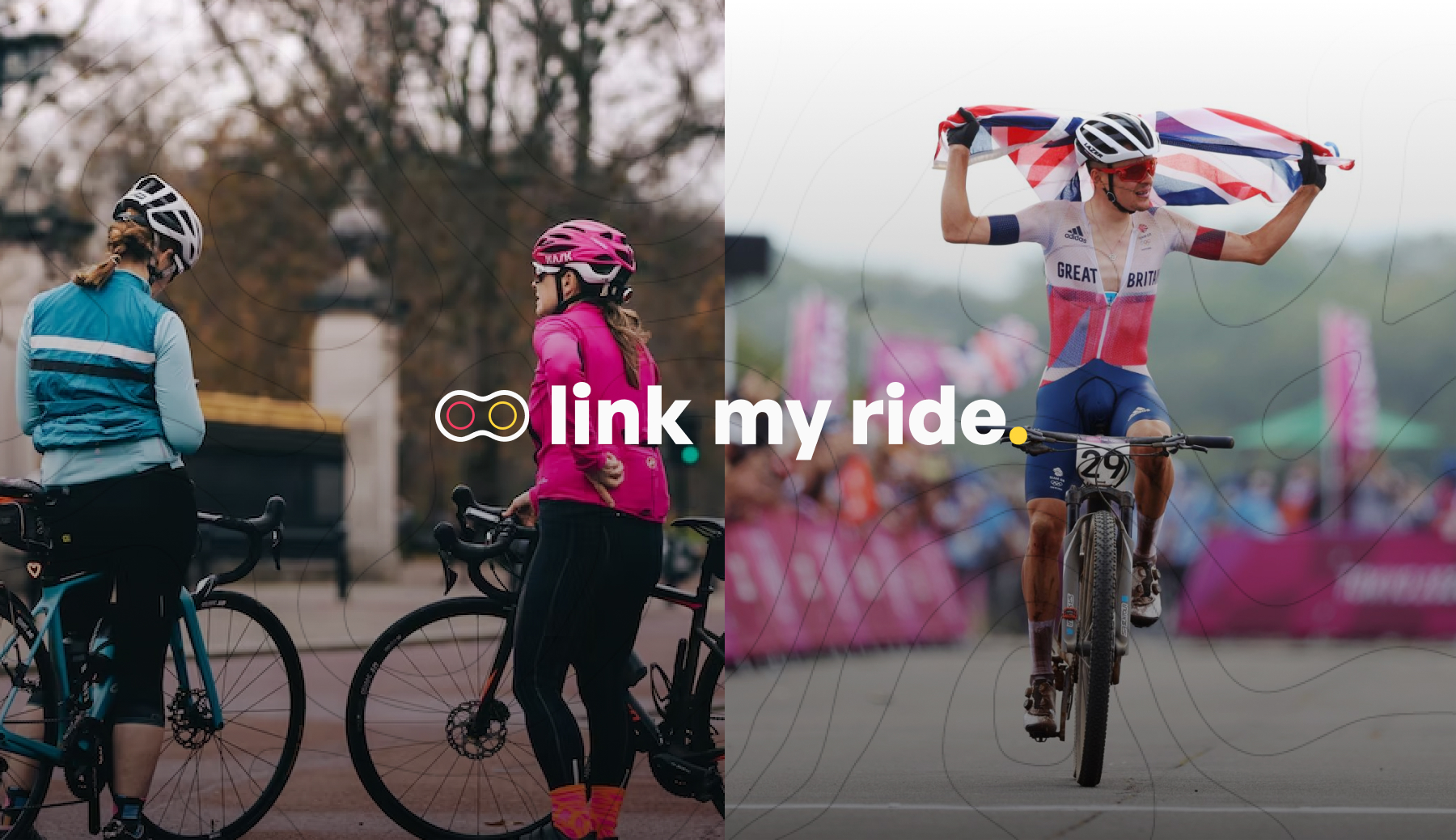 Set up by ex-riding mates and friends Jacques Sauvagnargues and Tom Pidcock, Link My Ride is first and foremost a cycling community. It’s rapidly growing, going from strength-to-strength by joining riders of all abilities and disciplines in their love of social cycling.

The stars aligned when Link My Ride reached out. At ASquared we ❤️ cycling. With triathletes, casual cyclists and a semi-pro on our books, we literally jumped (bunny hopped) at the chance to help make planning, organising and attending group rides available to everyone. 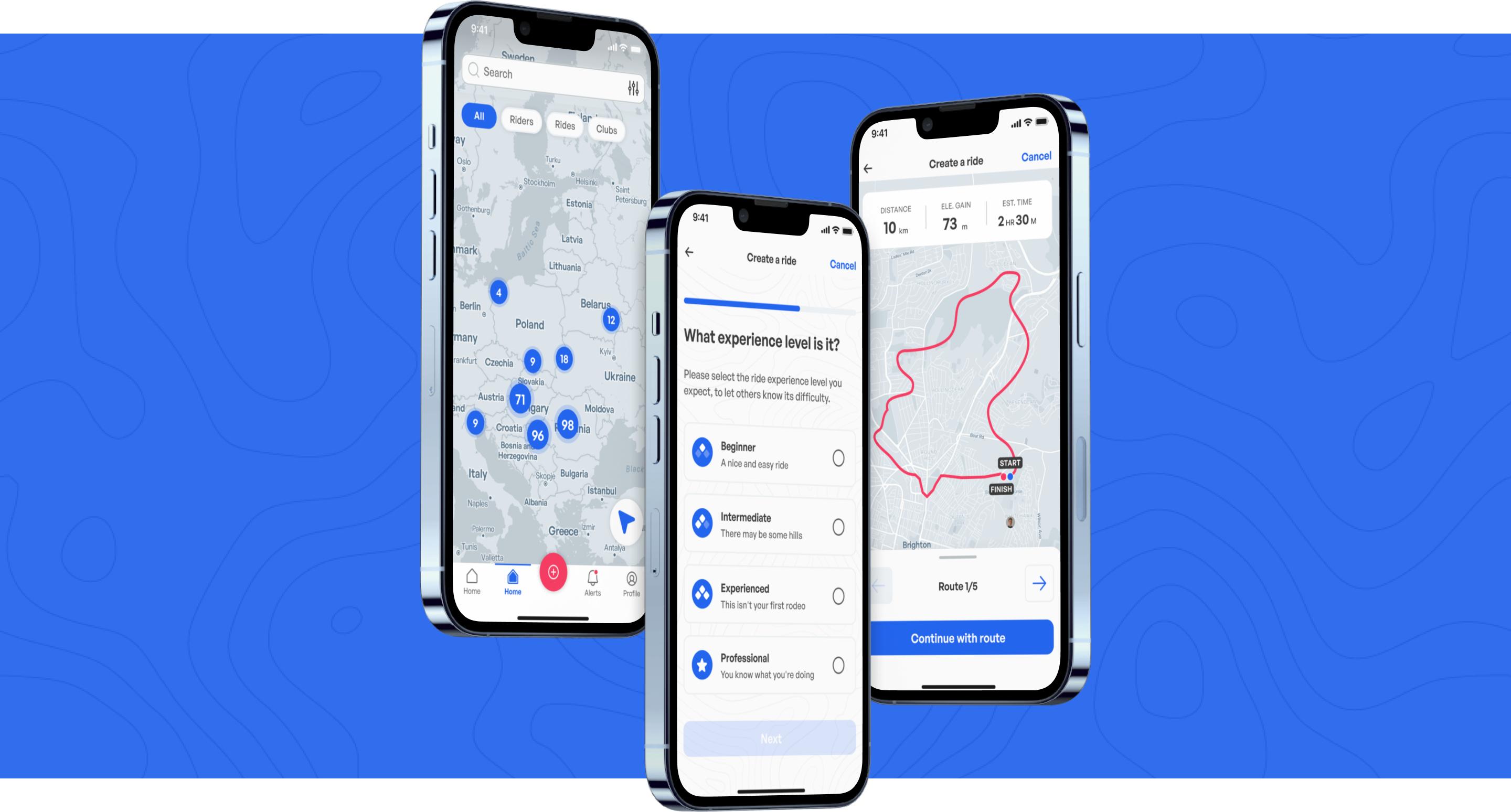 Having originally launched an MVP app to a small user base, Link My Ride did what every good startup should do: use the MVP as a learning experience. By listening to their users, seeing which features worked well and which were needed, Link My Ride gained more clarity for their next steps.

The initial brief was disarmingly simple: Design, build and launch a new mobile app that matches the founders’ high level of ambition plus the historically high standards of cyclists.

The new app needed to provide both club riders and solo riders the ability to easily find, create, organise and join rides in their geographic locations, and at a skill level befitting of their capabilities. The use of a single code base would allow for faster production and future maintenance.

With a clean slate to start from, we began to reimagine the app experience from the ground up, starting with the user experience and an improved visual language, before moving into rapid, feature-based production aiming to launch at the 2022 Tour of Britain.

We established an early prototype to evolve and explore the interaction design, layout and user experience of the app before moving into production design and development. The prototype helped test our assumptions and ideas rapidly, and we shared the process with our development team to build a shared understanding of the feature set. This allowed them to determine what they’d tackle in a priority order, ably guided by our project manager. 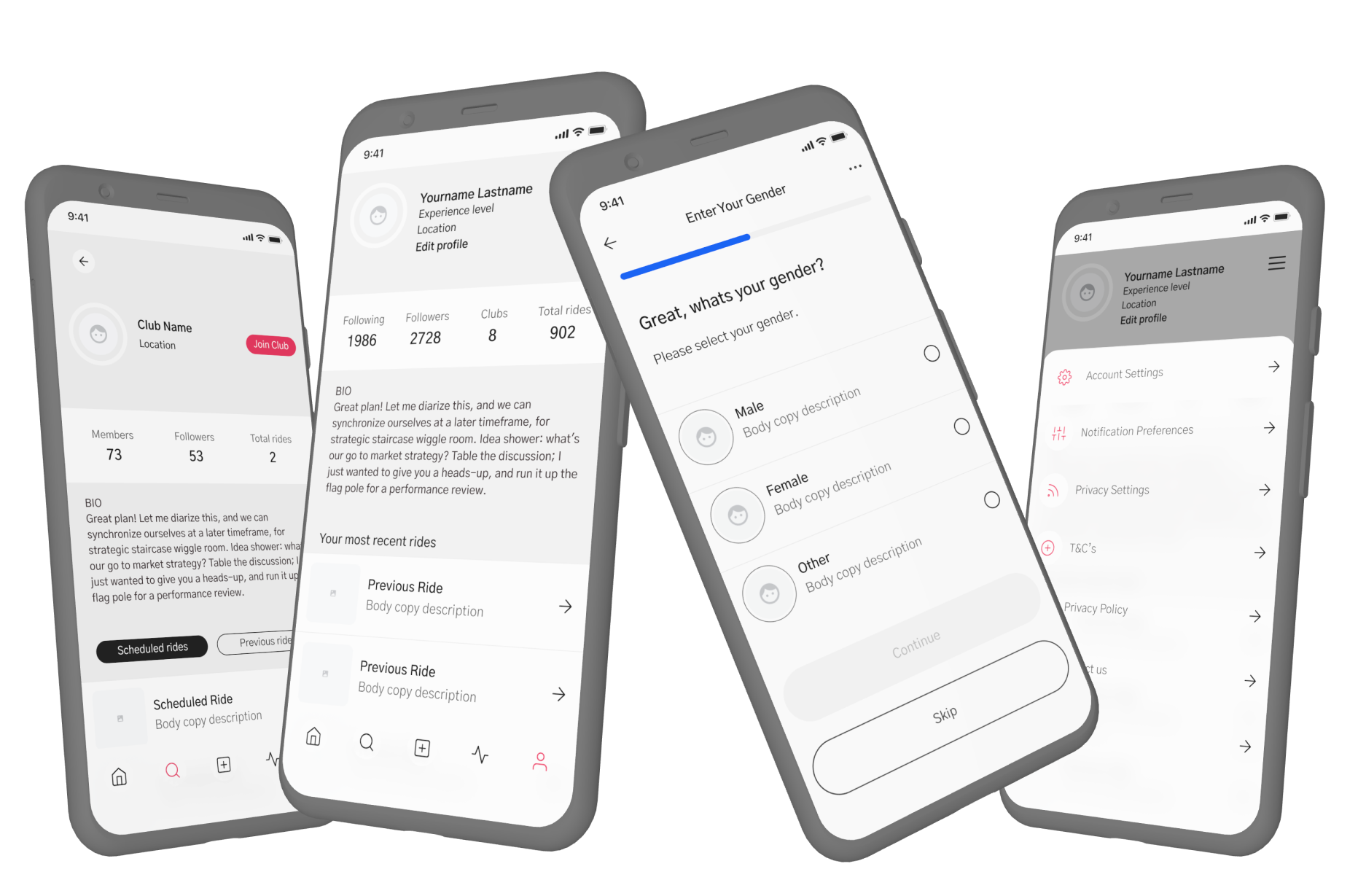 We conducted brand discovery workshops to determine Link My Ride’s aesthetic preferences and proposition, and to gain alignment and buy-in for the design direction.

To help settle on a direction we explored several design directions at pace using element collages: a technique used to explore visual directions quickly, without jumping into detailed design too early. The exploration addressed everything from typography and palette to accessibility and high-level screen design.

The resulting design language and creative direction set the tone for all other collateral, from marketing and communications to the Club portal. We took a screen-first approach to building components for the UI, followed by the formation of a design system: a repository of the app’s components and patterns to allow for a faster and more efficient design & development process. 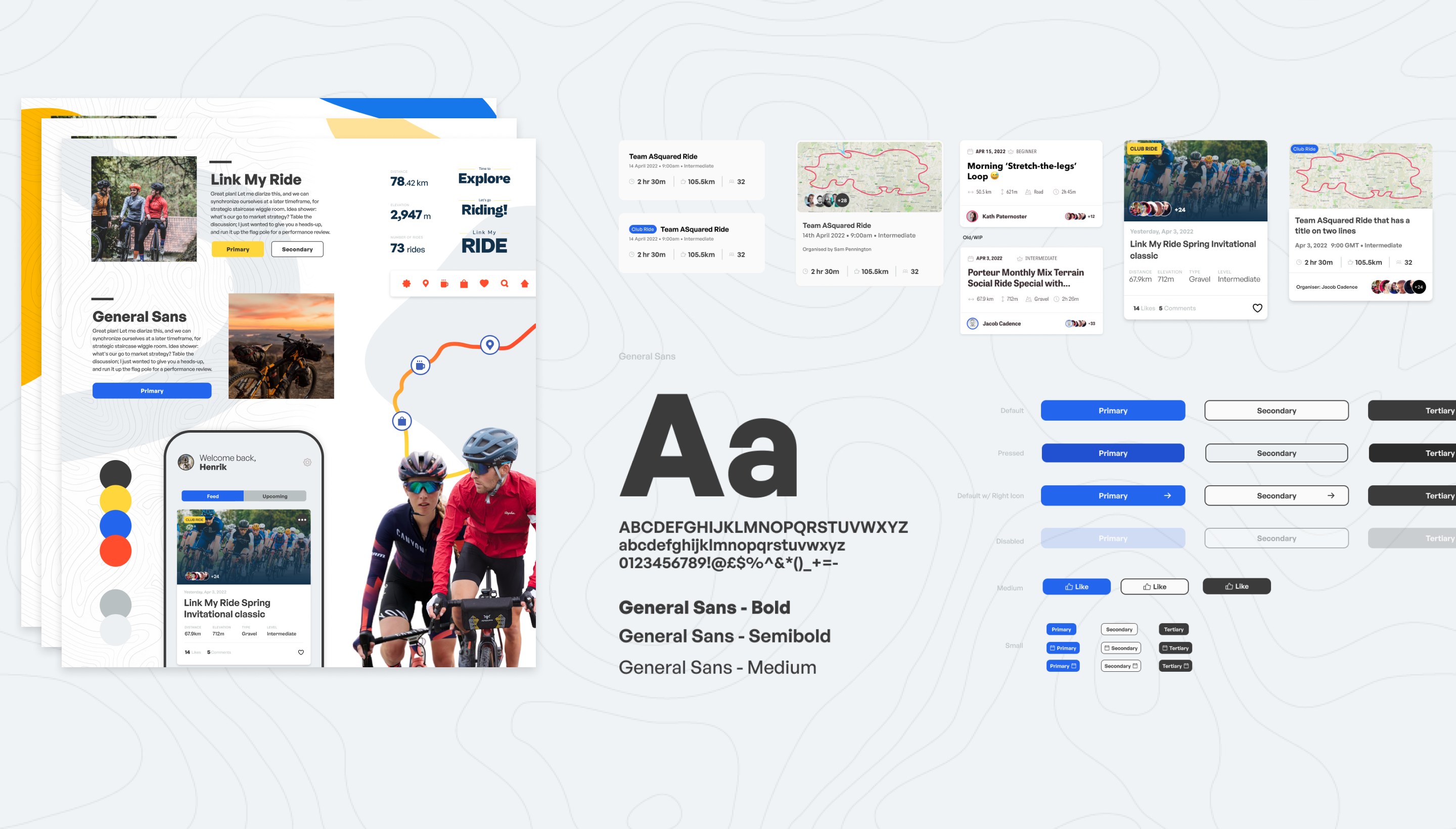 “I am so happy that Link My Ride decided to go with ASquared, it’s like having our own internal team!

They are so flexible and so fast at what they do while keeping maximum quality. I would more than recommend ASquared to anyone looking to bring their ideas to reality... very impressed to say the least!” 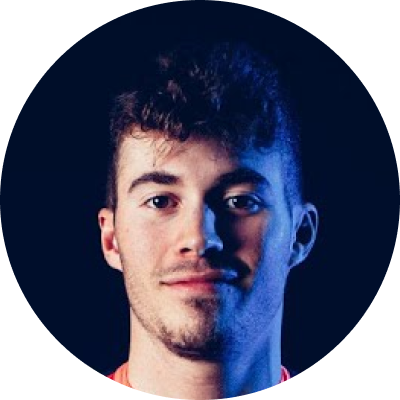 ‍The development team issued weekly production builds to both the internal team and client using Expo Application Services. This real-time process allowed the design team & stakeholders to use the app as a user, and conduct design QA and provide feedback to ensure the built version matched the intended experience. The teams used both Loom and Figma to provide an efficient, asynchronous and highly-effective feedback loop.

As with most app startups, launching the first version of your app - aka your MVP is just the beginning. You can only truly learn from real users once you launch. By incorporating a combination of app analytics and user feedback, we were able to learn where we needed to truly focus our efforts. Through collaborative workshops with the founders, we then prioritised the key areas for improvement.

Ride creation was one such key area to improve. The first version of Link My Ride enabled cyclists to create new rides by uploading an existing GPX file (a common GPS-based file format) between popular cycling hardware and software apps. It became apparent that the GPX requirement was leading to a lot of novice riders falling at the first hurdle of ride creation, as many didn’t have GPX files or know what they were.

The design and development team focused their efforts to ensure ride creation and planning became much easier for Link My Ride users. In addition to uploading a GPX file, we created two new and streamlined flows:

The whole team were really easy to get along with and went the extra mile to make sure the end result was something that we could be proud of. I’d recommend ASquared to anyone.
‍

Working with Jacques and the Link My Ride team has been fantastic. It’s become a passion project for the cyclists in the office, and a lightning rod for trying and adapting new processes, approaches and learnings throughout the project.

With a continually growing user base thanks to great marketing and PR, and a raft of exciting new features and integrations still to come, Link My Ride is on an exciting ride. Add to the mix the notoriety of Tom Pidcock’s cycling exploits matched with Jacques’ business acumen, and we’re thrilled to be an integral part of a unique startup’s journey to success.

We continue to work with the Link My Ride team in a product feature development & support capacity.

We found ASquared fantastic to work with. They threw themselves in as true partners on our project, deeply understanding what the goal of the project was, and helping contribute solutions to issues. Their quick iteration cycle made it easy to constantly give feedback, and the end result was excellent.
‍ 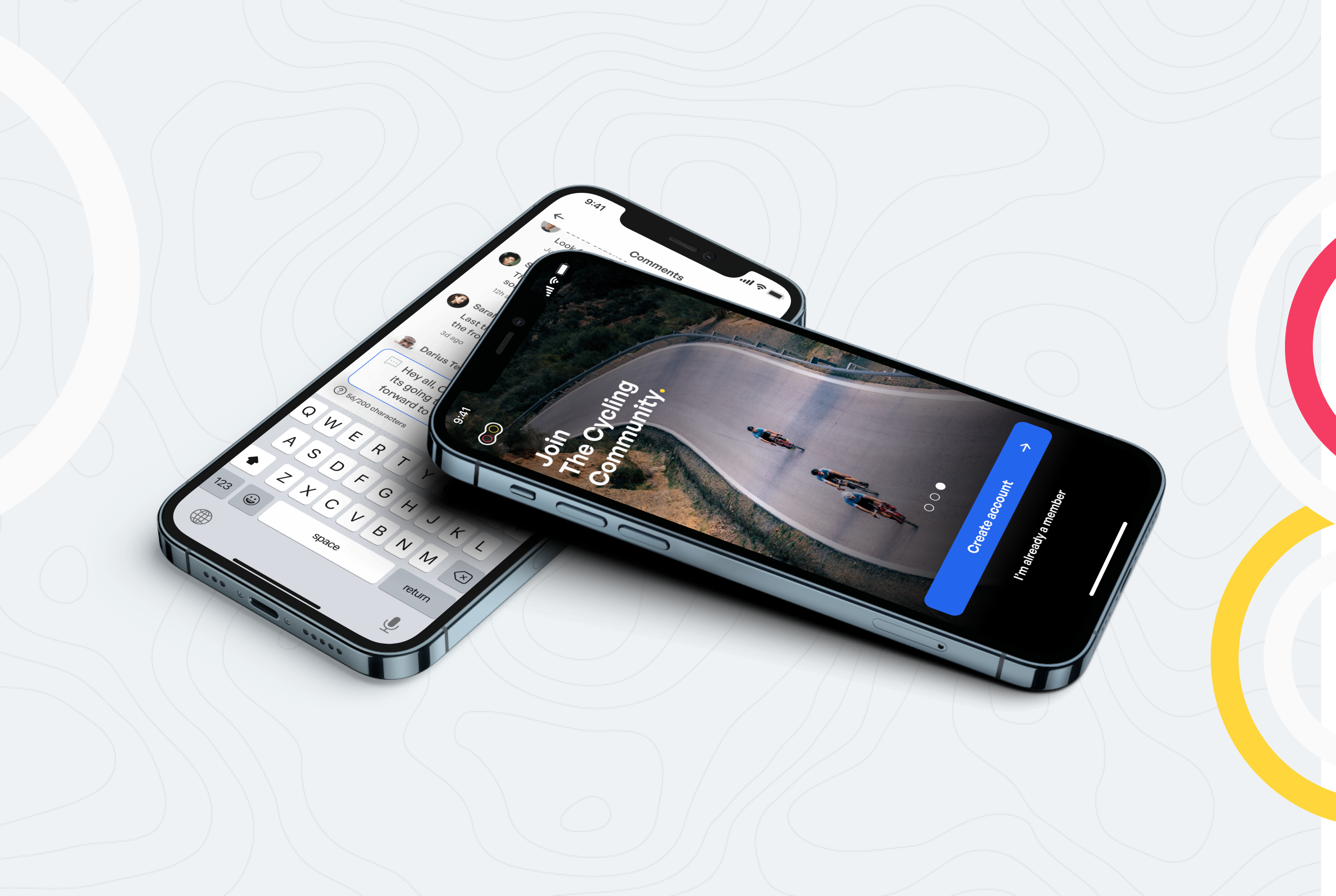 If that's you, we'd love to hear more about your ideas and challenges. Book your call now, or email us directly.

Ready to work together?

🎉 Our AppDelight series🚧 Why a Development agency?